Happy Halloween | 20% off everything | Use code TREAT20 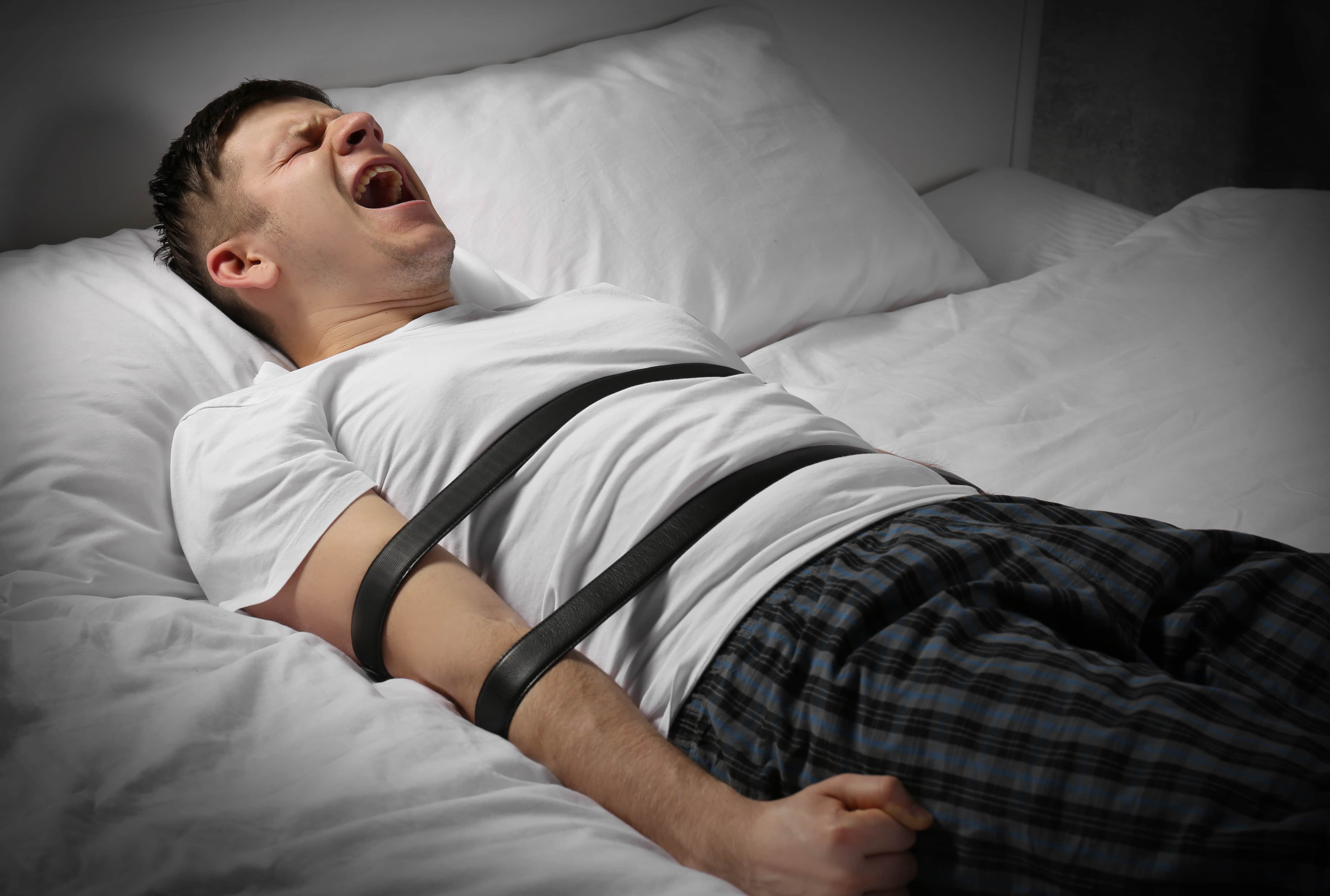 It’s the very early hours of the morning and you suddenly wake up with a horrible sense of fear and dread. You’re sure there’s a weird shadow hovering near the door and a feeling a sheer terror washes over you. Yet you can’t move any of your muscles or even make a sound as you seem to have lost your voice.

It sounds like the stuff of horror films but this experience, called sleep paralysis, is a real and scary phenomenon. Although harmless it can be extremely frightening, and even the fear of having an episode of it is enough to keep to you awake.

Sleep paralysis is a sleep disorder and comes under the umbrella of parasomnia. It generally happens when you’re either just about to fall asleep (hypnogogic) or as you wake up (hypnopompic). At both of these stages, dreams occur and your eyes move quickly as part of rapid eye movement (REM) sleep, however your muscles stay very relaxed. REM sleep naturally paralyses your body but of course you’re not meant to know about it as you’re asleep! But if you awaken before this REM stage finishes, you may have hallucinations and be unable to speak or move for anywhere between a few seconds to a couple of minutes. Other symptoms include:

Although scientists still aren’t entirely sure how or why these hallucinations happen, researchers think that it’s the result of a harmless neurological disturbance. These disturbances are made more likely by sleep deprivation. Sleeping on your back, a change in your sleep routine, stress and taking certain medications, as well as conditions like narcolepsy, will all play their part too.

Experiencing the occasional episode of sleep paralysis is normal and doesn’t necessitate a trip to the doctors. However, if you have another sleep disorder that’s making the situation worse, treatment for that issue will often help stop paralysis as well. The key is to get plenty of good quality sleep of 8 hours plus a night. Try sleeping on your side or your front and keep stress during waking hours to a minimum. If you are bothered by frequent sleep paralysis episodes or you find they are affecting other parts of your life, you may be referred by your doctor to a sleep specialist who will examine you further.

What is lucid dreaming?

Cosy bedtime Christmas gifts for every kind of sleeper

What is REM sleep?